The Bunk Police, at its core, is a team of dedicated individuals working towards the goal of minimizing risk in drug culture, and pushing to lower the rates of overdose and drug-related fatalities. Covert by nature, but bold in execution—we thrive behind the scenes and let our actions speak for themselves.

For the past decade, our globally-operating team has been conducting research, perfecting our methods, and working tirelessly to expand the effort and embed crucial harm reduction initiatives into mainstream culture. Through diligent work and dedication, our talented team members have pushed the movement forward from all angles.

The Bunk Police’s tremendous growth is largely due to the effort and care of these individuals working from behind the scenes. Our skilled personnel in web development, shipping and manufacturing, chemistry and lab analysis, social media, project management, marketing and copywriting, logistics and communication, and graphic design have all separately aided in making The Bunk Police what it is today. Since 2011, our original team has worked to steadily ignite a strong social media and web presence, to aid in imperative marketing initiatives, and assist in conjuring authentic, grassroots support. Many of these team members are still present to this day, collaborating with fresh faces to continue pushing forward. The organization’s success, freedom, and reputation is built from the commitment and passion of our hardworking, diverse, and motivated team.

The Bunk Police is an organization that believes in the power of the individual, and the power of the community. Anyone wishing to spur change by healing a broken culture of drug misrepresentation and disempowerment can also proudly consider themselves a part of The Bunk Police—by using our kits, spreading the word, and fighting for progress and openness in their own culture and society. In this way and many more, we hope to embolden others by providing a sense of possibility for the future of our shared effort.

The Bunk Police’s founder, under the pseudonym of Adam Auctor, serves as the sole liaison between the public eye and The Bunk Police’s determined battle for providing accessible transparency to the individual substance user. Auctor’s unconventional upbringing and intrinsic motivation to help others led The Bunk Police from its humble beginnings, to the strong and successful entity that exists today. 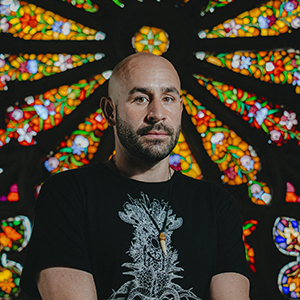 Auctor’s somewhat atypical path largely inspired the creation of The Bunk Police. Educated at home from an early age, Auctor believes the public school system’s commonly instilled “fear of authority” was never ingrained in him. The risks associated with pushing for a controversial cause, and toeing the line of legal gray areas—with test kits federally legal, but legally ambiguous in many states—were not a deterrent for Auctor. He has publicly stated that he does not fear a legal backlash or even arrest, so long as it contributes to the awareness of the dire fight he’s been facing. His ultimate goal has always been to drive socio-cultural, and eventually, legislative change. The positive reception The Bunk Police has received further strengthens the movement and reinforces the notion that harm reduction through substance checking is a tool for the greater good.

A Mentality of Meaning

Through hard work and dedication from age seven to seventeen, Auctor earned the title of Eagle Scout. The Scout’s motto to “do a good turn daily,” or to do something each day to truly help others, is a deeply instilled mindset—one he considers a personal ethos. The Bunk Police began exactly this way—with Auctor conducting live testing completely free of charge to patrons at the biggest music festivals in North America. Auctor quickly realized that placing the power to test in the hands of the individual, by distributing test kits, was the ideal path. He wanted to utilize his aspirations to pursue something at a larger, more accessible scale. After collaborating with a high profile Department of Defense chemist contact, he realized manufacturing, and then making these test kits widely available was not only possible—but necessary. With this information in hand, Auctor decided to drop out of college during his final semester, pull the remaining student loans from his account, and use these funds to start The Bunk Police.

Auctor’s investment in the effort to prevent overdose and shed light on what people were truly consuming was not only an altruistic motivation, but a personal one, too. From witnessing issues with dozens of people at live music events, to his closest personal friends, Auctor was more than familiar with the detrimental effects an adulterated substance could have on a person. This largely motivated Auctor’s desire to produce kits that could check for these dangerous adulterants.

However, Auctor’s belief in reducing harm in substance culture stems from more than worst-case scenarios and overdose data—it extends into a deeper philosophy involving mental health and societal wellbeing. From his relative social isolation in his homeschooled youth, to beginning college at the early age of fifteen years old, Auctor was estranged from his peers and disconnected in a way others might not typically experience. His struggle with severe anxiety and depression seemed unending.

Over time, he began experimenting with psychedelics and empathogens, such as psilocybin (psychedelic mushshrooms), MDMA, and later, LSD, utilizing periods of intense meditation, introspection, and self work. Unbelievably, his anxieties and depression began to subside. He started consciously extending himself to others, connecting more deeply with his peers, and understanding the intricacies of his struggle with mental health. At an older age, he attended many traditional Ayahuasca and Wachuma ceremonies conducted by indigenous cultures from across the world—and the guard that prevented meaningful connection with others finally descended. Auctor explained, “Ayahuasca released that barrier inside me.”

From his personal experience, and through the continual changes he saw in others pursuing a similar path, Auctor truly believes in the healing power of psychedelic substances. He affirms that substance test kits are an essential tool for the betterment of human society—bringing transparency and truth to a potentially life-changing, healing act that still, unfortunately, must occur in the shadows. Auctor also understands that this use is never a risk-free activity, and that psychedelic and empathogenic substance use is not an all-powerful cure. He does, however, realize how it shifted his life significantly, and that in certain instances, it can do the same for others. Auctor asserts that anyone who chooses to use drugs should have the ability to do so as safely as possible, and if intended, allow for potential healing to occur in an ideal environment: one without fear.

A Hope Not Lost

For now, Adam Auctor will remain under his pseudonym, but he has plans to soon reveal his true identity. The Bunk Police’s inception came from a place of hope, a witnessing of a necessity, and a desire to see valuable lives saved. The United States’ drug culture is dangerous, clandestine, and at times, seemingly hopeless. Auctor intends to revive that hope, and is as relentlessly determined as ever.